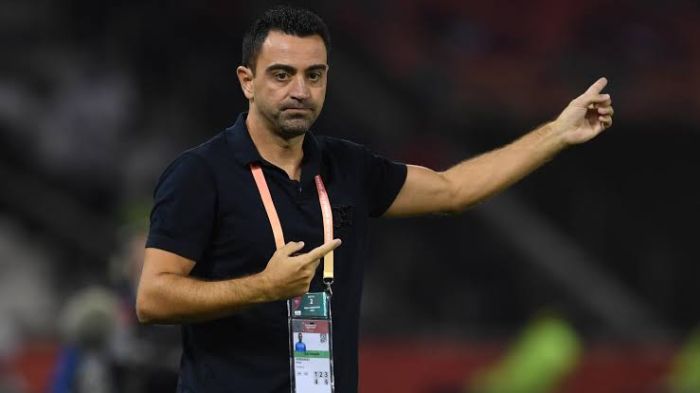 Barcelona manager, Xavi Hernandez has hailed Robert Lewandowski as an “extraordinary player”.
Lewandowski netted his second successive brace in the 4-0 win over Real Valladolid on Sunday.

The Poland striker opened the scoring for Barca and then made it 3-0 with an outrageous backheel after the break.

“Lewandowski? I think he’s an extraordinary player. He’s a natural leader and a born worker. He’s an example for the squad,” Xavi told reporters.

“Lewandowski is happy and that’s the most important thing.

“He shows football maturity, he talks to young players.”

Xavi’s men are third on the LaLiga table with seven points from their opening three fixtures.