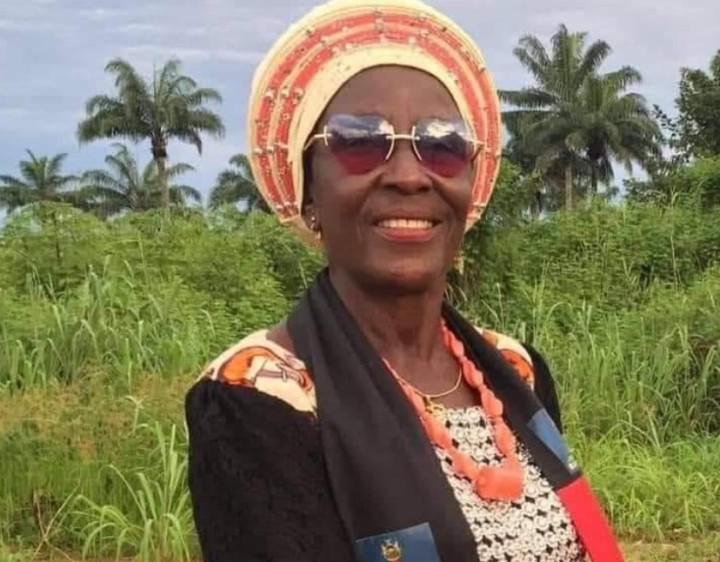 Supporter of the Indigenous People of Biafra (IPOB) Ukamaka Ejezie has been released from the Department of State Services’ custody (DSS).
This was confirmed by Ifeanyi Ejiofor, the IPOB lead’s attorney, to ABEG.NG over the phone on Sunday morning.

The 80-year-old woman, popularly known as Mama Biafra, was reportedly arrested during Nnamdi Kanu’s court appearance at the Federal High Court, Abuja on May 18.

“I am very delighted to inform you all that Mrs Ukamaka Ejezie (Mama Biafra) has regained her freedom. She is now out of DSS dungeon,” Ejiofor later wrote in a series of tweets.

“We are not relenting, every prisoner of conscience, including Our indefatigable Client, ONYENDU MAZI NNAMDI KANU will soon regain their freedom.

“We in the legal team, are doing everything legally permissible to make it happen, we are not resting on our oars at all, be assured.”

During his routine visit to the DSS facility in Abuja on Thursday, Ejiofor said Kanu was worried over the continued detention of his “foster mother”.

He told reporters that a legal team had been assembled to ensure the release of Mama Biafra from detention.