Teenager Accuses Policeman Of Raping Her, Friend In Port Harcourt, Recorded It 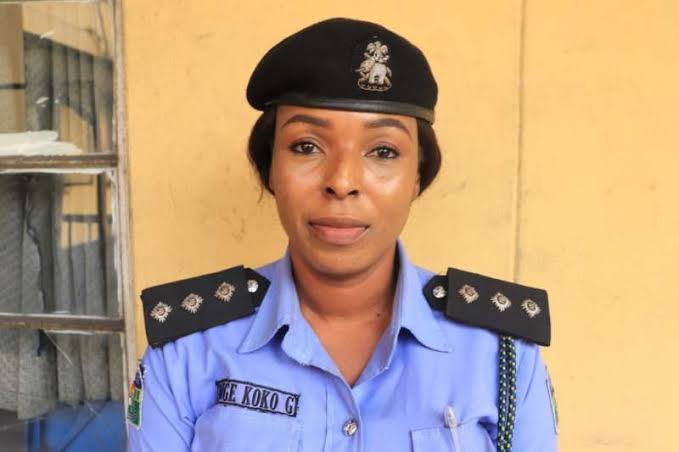 In Port Harcourt, Rivers State, a 17-year-old woman only known as Binla accused a police officer of having sexual relations with her and a friend after accusing them of stealing his N500,000 cash.
According to Binla, Salihu Kazeem, a police officer, took her and a friend into a room, stripped them, took their nude videos, shot tear gas, and then began raping them until the next morning.

The girl told reporters in Port Harcourt that she feared for her life because the alleged rapist started stalking her after she reported the incident to the nearby Rumokpakani Police Station.

The teenager also disclosed that the cop had sex with them on three other occasions.

She explained that she was introduced to Kazeem through her friend while job-hunting sometime in March, 2022.

The teenager expressed surprise that the policeman accused her of stealing after they returned his Automated Teller Machine card which he gave to them to go get something to eat.

She said:-
“He claimed that he was receiving many debit alerts and we asked him the amount. Recently he told us it was up to N500,000. He discharged my friend and kept me and the girl that went to buy food in his house. He called his boys and told them that we were thieves.

“He asked us to take off our dresses. He recorded (video) us as we were naked. He now told us that if we didn’t cooperate with him, he was going to spread the nude videos.

“Then he took us to a room and poured us teargas. He then slept with us till the next morning. After one month he has been coming, like three times now.”

The teenager explained how she met the policeman while job-hunting and how they got to his house.

“I was discussing with my friend that I was looking for a job. She told me that she was going to visit her friend and asked me to join her. When I saw the man, I talked with him. He asked about my age I told him I was 17 years old. He said okay, he would see what he could do.

“He asked if we have had something to eat, we said no. He gave us his ATM card, that we should go and get anything we wanted to eat. We bought food and came back and returned the ATM card to him,” she added.

But in his reaction, the policeman (Kazeem) denied the act, describing them as hook-up girls, and that the girls consented to the sexual act.

He, however, said the girls used his ATM card to make several withdrawals after one of the hook-ups.

“They came to my house, I gave Elizabeth my ATM (card) that they should go and buy food. They left with the ATM card. I didn’t see them till 11pm to midnight. None of them called me. None of them said anything to me. The only thing i was receiving was debit alert.

“I tried to reach Elizabeth that her friend gave me her number for hook up. She now told me that she gave my ATM to Binla, that I should not be offended. That the following day she (Binla) would come and see me; then, who is now using the ATM that I have been receiving alert?

“She said the lady that was together with them in my house. I asked how did my ATM get to Binla?”

Meanwhile, a lawyer with the Centre for Basic Rights Protection and Accountability Campaign, Festus Bomwin, advised the policeman to submit himself to the authorities for questioning.

He called on the police led by the state police commissioner, Friday Eboka, to begin a thorough investigation of the complainant and the alleged rapist cop.

When contacted, spokesperson for the state police command, Grace Iringe-Koko, said she heard of the incident, saying the Commissioner of Police had invited both parties.

“The CP has invited the both parties. So we are expecting them at the command today. I am sure after hearing from them discreet investigation will begin and the outcome will be made known to the public. And whoever is found culpable will face the law,” Iringe-Koko, a Superintendent of Police, stated.