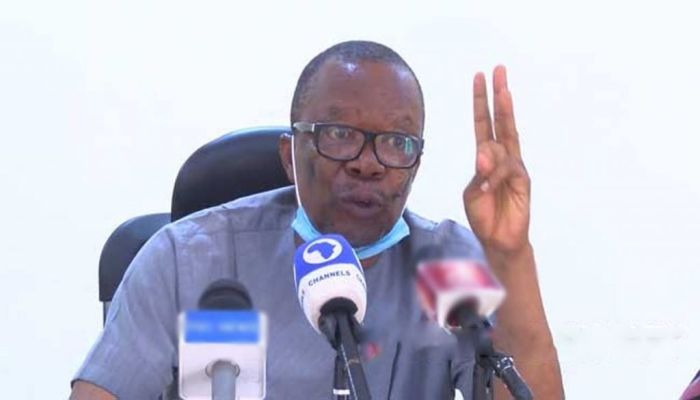 The federal government should have used the recovered $23 million in Abacha loot, according to the Academic Staff Union of Universities (ASUU).
This was said by Emmanuel Osodeke, the president of ASUU, in an interview that aired on Channels Television on Tuesday.

Last Tuesday, the federal government and the US reached an agreement to repatriate a new batch of funds looted by the former Nigerian Head of State, Sani Abacha.

The Attorney-General of the Federation, Abubakar Malami, claimed the recovered loot will be used for the completion of the Abuja-Kano road, Lagos-Ibadan expressway and the Second Niger Bridge.

But Osodeke said:-
“Let’s use a typical man as an example, you have a house and your child is seriously sick and you were paid money that you were not expecting. Where will you put the money?

“That child should be the first thing you will treat. Is it not? Before you will start thinking about how you are going to buy clothes.

“Your universities are shut for six months. You now have access to a fund you were not expecting, If you really love education, where should you put the money? In that particular place. They said they don’t have money. We need to love this country.”