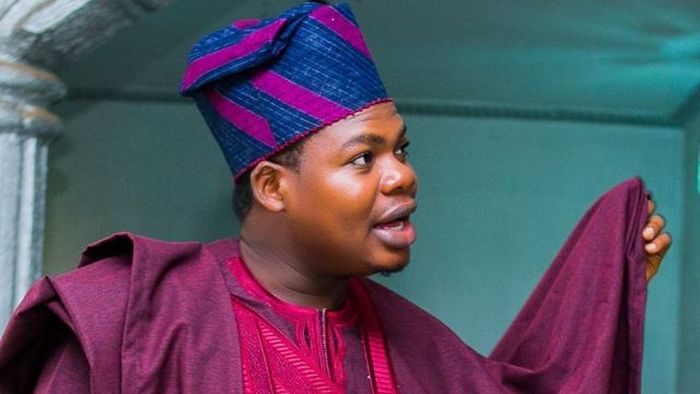 Debo Adebayo, better known by his stage name Mr. Macaroni, is a Nigerian comedian and actor. He has commented on the fake news article Festus Keyamo shared.
As previously reported by Naija News, Keyamo shared a report on his Twitter page that claimed Peter Obi, the presidential candidate for the Labour Party (LP), had agreed to make way for Atiku Abubakar, the candidate for the Peoples Democratic Party (PDP).

He further made a mockery of the ‘Obident movement’, stating that the former Governor of Anambra State was taking them to nowhere.

He wrote:-
We told the OBIdient soldiers that their ‘hero’ was taking them to nowhere; taking them for a ride of the century and for political 419! We laugh! We are ahead of them!

Reacting to this, Macaroni in a post shared on Twitter said it is embarrassing for a serving minister who doubles as a senior advocate of Nigeria to be at the forefront of spreading fake news.

He wrote:-
“It is embarrassing that a Serving Minister who sadly is also a Senior Advocate of Nigeria is at the forefront of spreading fake news. This is a senior officer in the government that claims to be fighting Fake News. This Man was once a respected figure. How unfortunate!!!”