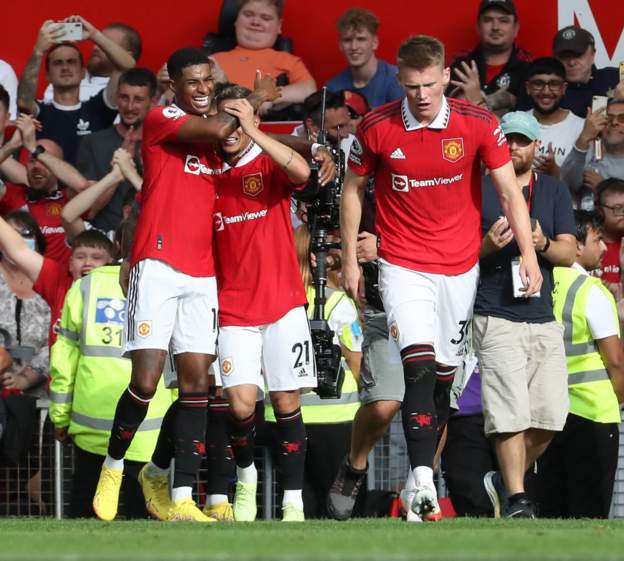 Manchester United earned a thrilling victory as Antony scored on his debut and ended Arsenal’s winning run this season with an intense game at Old Trafford.
The Gunners had won all five of their games so far and United have now won their last four on the spin.

Watch the Highlight below: