OBO No Go Minus!! Eniola Badmus Excited As She Gets Early Birthday Surprise From Davido (Watch Video) 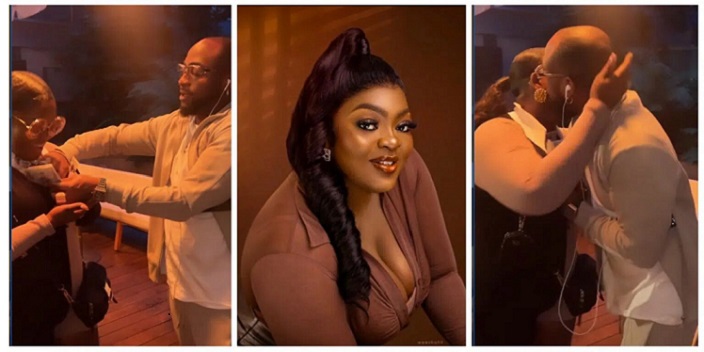 Nollywood actress, Eniola Badmus, was over the moon after receiving an early birthday surprise from Nigerian singer, David Adeleke popularly called Davido.
ABEG.NG reports that the ‘IF’ crooner spoilt Eniola with hard currency for her birthday.

The video shared on Instagram captured Eniola dancing and smiling as Davido rained money on her and thereafter hugged her.

Expressing her appreciation, the actress prayed for the singer stating that her birthday gift came early.

She captioned the video: “My birthday gift came early…,,,,OBO no go minus @davido”