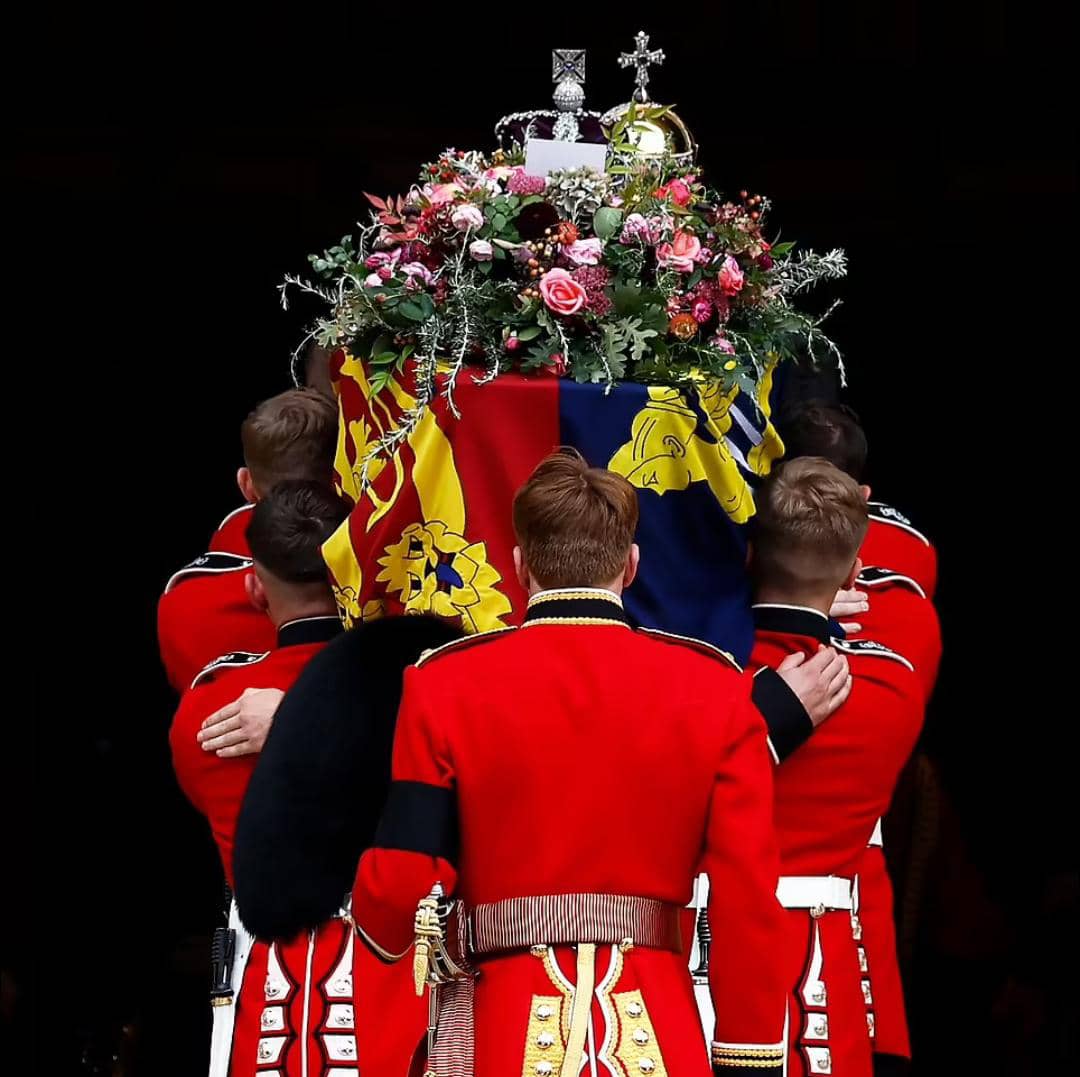 A soldier, a police officer, and a member of Buckingham Palace’s household staff all collapsed during Queen Elizabeth’s funeral on Monday.

They were carried away from the scene on stretchers.

According to Daily Mail, they all collapsed at different scenes while on duty during the Queen’s funeral.

It comes days after a guard fainted while standing watch over Queen’s coffin in the Palace of Westminster. 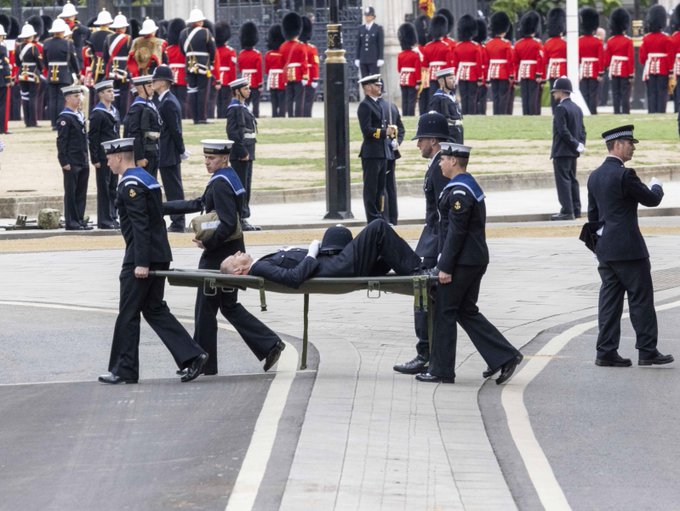 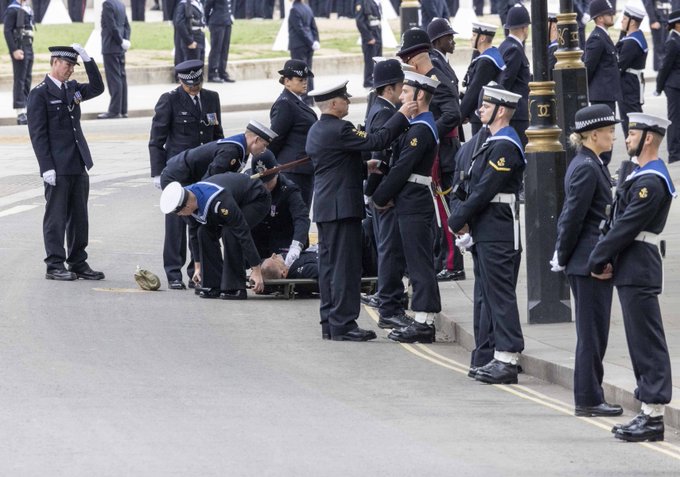