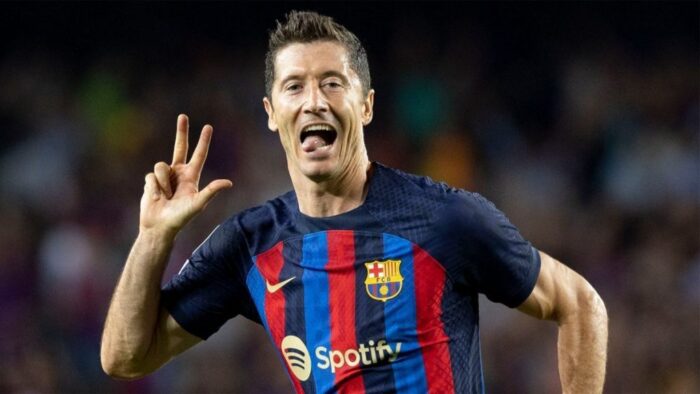 Barcelona striker, Robert Lewandowski, has claimed he is more likely to win the Ballon d’Or now he’s with the Spanish giants.
Lewandowski joined from Bayern Munich in a £50million deal this summer.

The Poland striker played for eight seasons at the Allianz Arena, scoring 344 goals in 374 appearances.

Already, Lewandowski has netted 11 goals in eight matches for Barca and is currently the top scorer in LaLiga ahead of Karim Benzema and Iago Aspas.

The 33-year-old feels he now stands a chance to finally win the Ballon d’Or.

“I know that Barcelona is the team where the most players have won it.

“I think the path is shorter from Barça than from Bayern,” he told Marca.